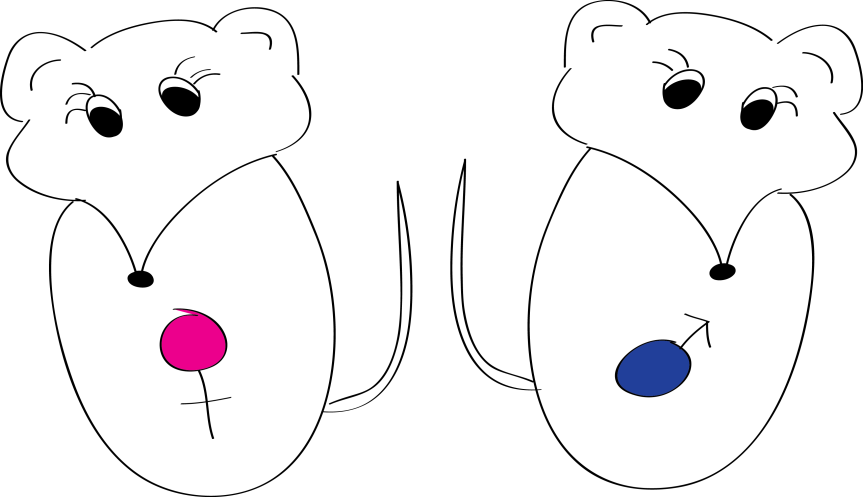 Put down the hand sanitizer and back away from the antibacterial soap. Sure some bacteria can make you sick, but living in you and on you and all around you are bacteria that need you, though not as much as you may need them. They are your microbiome, and the evidence is mounting that your bacterial brethren are vital for everything from comfortable digestion to disease prevention.

In recent years, scientists have discerned a connection between the microbiome and autoimmune disorders, and they have begun to tease out its roots in the hopes of finding a cure. In a report published online in Sciencexpress, biologists demonstrate that gut bacteria can regulate the sex-hormone testosterone. Lead by Professor Jane S. Danska of the University of Toronto in Canada, the researchers show that by transferring bacteria from one mouse to another, they can control this regulation and protect mice at high-risk for disease.

The non-obese diabetic mouse, a.k.a the NOD mouse is genetically inclined—though not predestined—to develop type 1 diabetes (T1D). Any treatment for human T1D was probably tested in the NOD mouse first. This is because there are an abundance of similarities between the NOD mouse and the NOD human that help scientists understand autoimmune disease in general. In diabetic man and mouse, the body’s own immune cells cannot distinguish friend from enemy. They attack the pancreas, and prevent it from generating insulin, a hormone necessary for sugar and fat metabolism.

Before this study, scientists had noticed two puzzling features of diabetes in the NOD mouse: the female mice develop T1D twice as often as their male counterparts; and, mice raised in cleaner environments are more likely to get the disease. Danska’s team thought these characteristics might be related.

Their first clue came when they compared NOD mice raised from womb to casket in a totally sterile environment with those raised in one that was clean, but not too clean (technically referred to as specific pathogen free, or SPF). In the latter, diabetes occurred in the typical two-to-one fashion, but in the germ-free mice any sex-bias was completely erased. Male mice became diabetic more often, female mice less. This was born out in the testosterone levels of the mice, which were higher in the germ-free females than in their SPF-sisters. The male mice were just the opposite.

It turns out bacterial differences are the key to the hormonal ones and not vice versa. The intestinal bacterial communities are identical in nursing mice, begin to diverge in pubescent mice, and by adulthood are distinct for the male and female. Because of this, the scientists wondered if they could transfer the bacteria from an adult male to a suckling female, maybe those bacteria would up her testosterone and prevent diabetes from developing.

That, in fact, is exactly what happens. When three-week old baby mice consumed the gut bacteria from an adult NOD male, their incidence of diabetes at thirty-five weeks of age dropped dramatically, from 80% in the untreated mice to 20%. These mice had higher testosterone levels until later in life, metabolized fat better, and had much lower levels of insulin-destroying antibodies. In addition, when the biologists blocked testosterone in these mice, all the effects of the male bacteria were decidedly diminished.

However, since the last common human-mouse ancestor passed-on some 70-million years ago, it’s important to remember that this murine model has its limits. Still, there is increasing evidence that the gut microbiome plays a role in human T1D, and many autoimmune diseases are sex-biased in humans. This intriguing connection between sex, bacteria, and autoimmunity hints once more at the import of our ever-evolving relationship with our microbial friends.

Authors Note: I originally wrote this piece as a writing sample, but I like the research a lot and wanted to share it with you!

2 thoughts on “What’s Sex Got to Do with It? Gut Bacteria, Testosterone, and Autoimmune Disease”